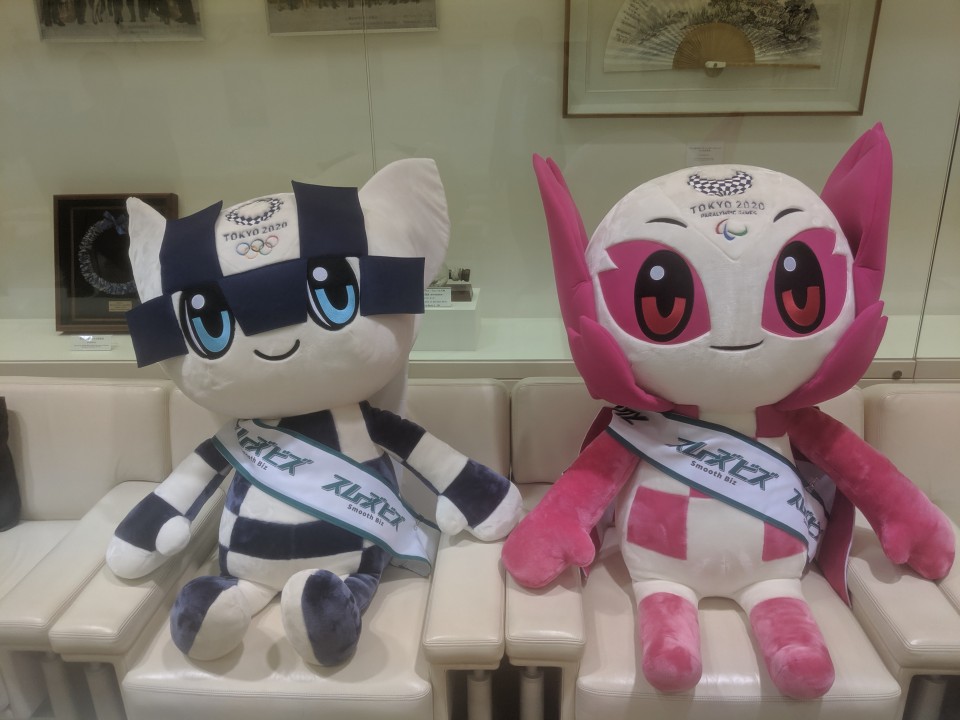 There are many reasons why startups from around the world should put Tokyo at the top of their list as an entry point for their Asia expansion. After living in Japan from 2003 to 2005 and traveling there 3 to 4 times a year since 2005, I already knew many of the reasons. But my most recent trip there made everything even clearer.

I was recently invited to Tokyo by the Tokyo Metropolitan Government as part of the Invest Tokyo program. The week-long trip included visits to startups, investors, large corporations and startup centers around Tokyo.

Here are some reasons US startups should consider Japan as their Asian market entry point:

Japan is the third-largest economy in the world and one of the most stable and prosperous democracies in the world. Its strategic alliance with the U.S. creates a high level of certainty and stability for the companies from the U.S. to thrive. As the world’s fourth-largest buyer of American products, Japan is a market that American companies should not overlook.

I also believe that the Japanese market shares similar attributes with developed markets like the U.S., which makes it much easier for startups to test the market and adapt their business models before they go deeper into Asia.

With a 126M population and $38,400 GDP per capita, Japan is one of the largest markets in Asia that enjoys enormous consumer purchasing power. In particular, mobile phone industry in Japan is the most advanced and mature one in the world, and the mobile phone culture (Keitai culture) has been around before other countries and even before the birth of smartphones. Even by 2008, 31.3% of elementary school students and 57.6% of middle school students had a cell phone for various services such as emails, photos, gaming, mobile wallets and even subway cards. As a result, Japanese consumers are extremely savvy in terms of technology, compared to many other markets, requiring less effort and lower cost for startups to educate and acquire customers online.

Japanese customers are especially sensitive to the trends in the U.S., and they usually adapt to mobile/online products originated from the U.S. quickly. For example, Japan has heavier Twitter usage than the social network's home market in the U.S. And more than 20% of Japan's total population are Instagram users, making Japan one of the largest global markets for Instagram. As Google’s first international office outside of US, Japan has been an important component of the company’s growth strategy. Google further announced recently its plan to double the headcount in Japan and move to a new larger building in Shibuya. All these examples serve as good evidence why Japan is favored by U.S. global companies when they roll out their Asian strategy.

A transparent and well-established regulatory environment

Japan has also developed a mature system of laws, regulations and policies that created a safe and friendly environment for global businesses to enter the Japanese market. For example, Japanese legal framework is heavily influenced by the United States’ and thus shares many similarities.  With the advancement of globalization and deepening trade relations between Japan and the U.S., the gap between the corporate laws of the two countries is further getting closer. On June 29, 2005, the Diet of Japan passed a new Companies Act, which streamlined complex regulations, relaxed the accounting requirements, and provided a diversified framework for corporate governance. It gave corporations more flexibility to quickly adapt to the ever-changing markets. These changes effectively brought the companies’ structure and practices closer to their counterparts in the U.S..

Overall, the Japanese tax regime is also favorable for the U.S. companies entering Japan. The Act for Promotion of Japan as an Asian Business Centre enacted in November 2012 provides various incentives to global enterprises such as location subsidies, income tax breaks and reduction in patent fees. The corporate tax rate for small-medium sized companies can be as low as 25.9%, and since October 2019, the government has implemented further tax cuts for various categories. Moreover, a U.S. company is only subject to withholding tax on certain domestic-sourced income (such as dividends, interest and royalties), and can also avoid double taxation due to the tax treaty between Japan and the U.S..

Development and protection of intellectual property is also a crucial component to the country’s long-term growth. According to Bloomberg, intellectual property has been generating soaring revenues for Japan over the past five years to a record in 2017. Japan’s society has a long history of developing IP-related laws, and established a deep-rooted culture of respecting inventions, patents, trademarks and other intellectual work. Today, significant infrastructure has been put in place to allow government agencies, companies and the public to work together and combat against IP infringement and counterfeiting.

On top of the well-developed and business-friendly environment, government officials are also eagerly supporting foreign startups entering the Japanese market.

When I visited Japan earlier this year, the current Governor of Tokyo Ms. Yuriko Koike, despite her extremely busy schedule preparing for the 2020 Tokyo Olympics and Paralympics, spent long periods of time with us, answering our questions, taking us on a personal tour at the top floor observation deck of the TMG tower in Shinjuku, and impressing on us over and over again her enthusiastic and unwavering commitment to support global startups.

Japan as a business center for Asian markets

Japan does not only enjoy a large, well-established and stable domestic market, serving as the best entry point for the U.S. startups, but also boasts various advantages of access to other Asian markets. With sophisticated infrastructure, highly advanced transportation systems (out of the 10 best airports in the world, 3 are located in Japan around Tokyo) and the global integration (Tokyo is consecutively ranked as the top 3 in the Global Economic Power Index), Japan has unparalleled resources and charm to attract a diverse body of high-quality talent pool from across Asia, and approximately 75% of foreign companies from various industries from the globe, establishing itself as a key business center and a global metropolis.

The proximity to other regions in Asia also establishes Japan as the best first stop for startups considering Asian expansion. S.Korea, China and Taiwan are all within 3 hours by direct flights. In addition to the East Asian markets that Japan traditionally had in-depth business interactions with, Japanese companies also have had a long history with the emerging Asian markets, which first began in the late 1970s through multinational companies. Built on the fair and transparent transactions and high-quality projects implemented in South-East Asia, Japanese investors, corporations and institutions have successfully cultivated good reputations and wide networks between Tokyo and other countries, which make it much easier for startups that have established their footing in Japan to expand to other countries, and to build trust with locals and tap into the local markets.

Ever since the FIFA World Cup in 2002, Japan has continuously improved the English-proficiency level and social infrastructure for foreign visitors. And of course, the nation has shown great excitement for the upcoming 2020 Olympics, ready to welcome people and businesses from all around the world. In my opinion, this opportunity will further propel Tokyo to new heights in the global arena.

I believe Japan holds a special position for U.S. startups that are contemplating for Asian-market entry, and as an ambassador to Tokyo Metropolitan Government, I will do my best to continue encouraging and deepening connections between the two countries.

If you are a US startup and interested in entering the Asian market through Japan, you can email sanfrancisco@access2tokyo.com to get more information.